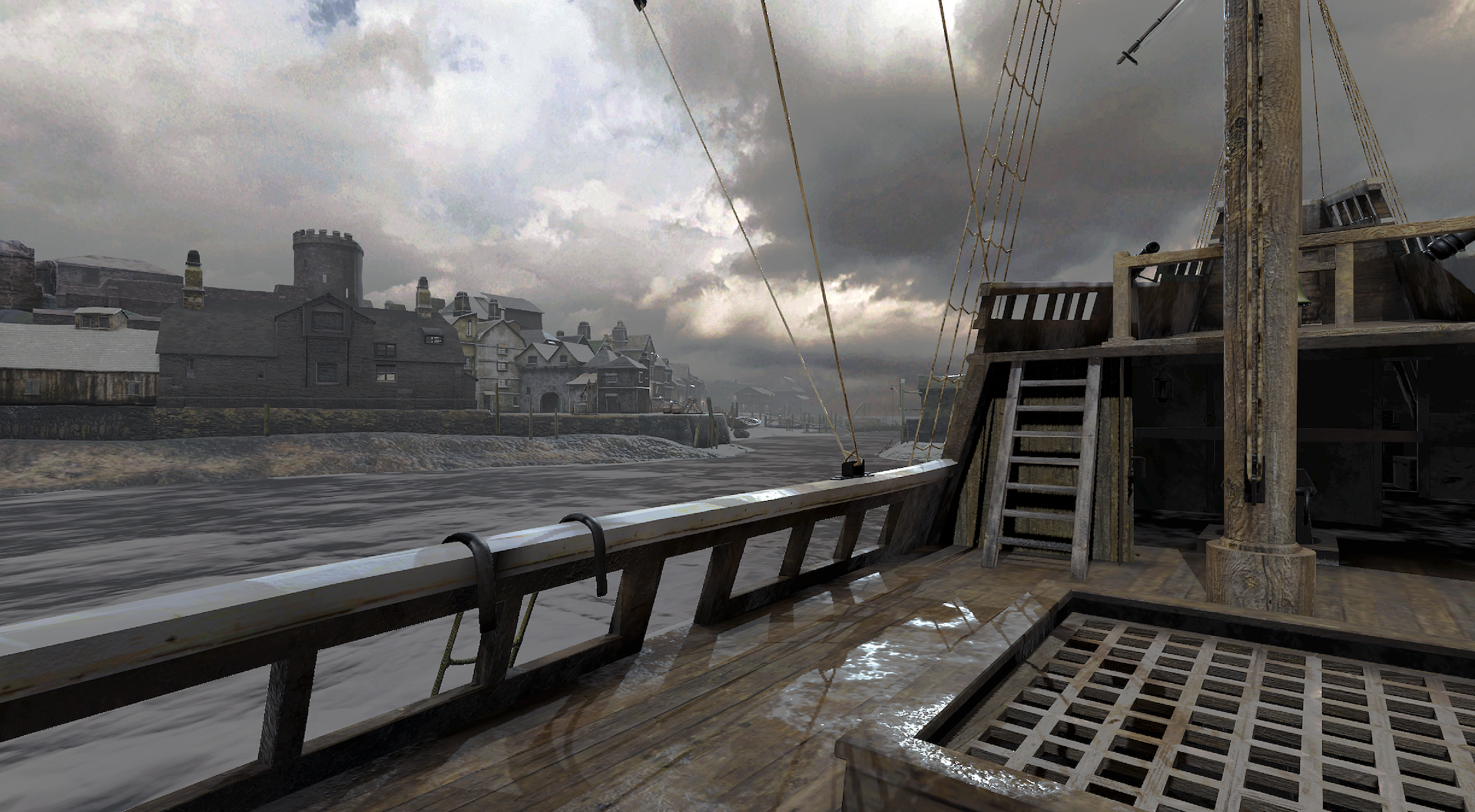 WE WOULD LIKE TO THANK THE DEVONPORT NAVAL HERITAGE CENTRE FOR THEIR KIND DONATION TO THE VIRTUAL MAYFLOWER PROJECT.

We have been working with the heritage centre for some time now and recently demonstrated how VR could add a strong educational element to their exhibits. Notably, we undertook a short project to demonstrate how 360-degree panoramic images could be integrated with as a simplified 3D model of the restored Cold War nuclear submarine, HMS Courageous, specifically to allow elderly and disadvantaged Museum visitors to understand the complexities of the boat’s layout. The project was reported on BBC Spotlight’s TV news programme in March of 2018.

After receiving the donation, one of the first investigations we undertook, to see how straightforward it would be to modify the existing Mayflower VR model to allow new features, both on the exposed and internal decks. This highlighted a range of fundamental problems, not least of which was the ‘hybrid’ nature of the hastily-put-together original, which was the product of two separate online-sourced models, developed by different 3D artists.

Modifying the original to allow its population with cargo, the Pilgrims’ personal possessions and, ultimately, the virtual Pilgrims themselves, would have taken far too long, with no guarantee that the final build would be of an appropriate level of quality. Consequently, we decided to undertake a complete rebuild of the 3D ship from scratch.

The rebuild used the original models and other available plans as templates (some of which, especially of the Mayflower II, were kindly provided to us by colleagues at Plimoth Plantation in the US – including copies of naval architect William A. Baker’s original plans, today archived within MIT).

We also made use of laser scanning data, again provided to us by Plimoth Plantation following a survey of the Mayflower II prior to her recent restoration at Mystic Seaport in Connecticut. We were able to convert the point cloud data generated from the deck-by-deck laser scans into a VR ‘fly-through’.

The 3D rebuild was undertaken using the Blender toolkit. Blender is an Open Source toolkit that has gained increasing popularity over the years as, not only is it free to use, it also offers developers a complete solution to creating productions in 3D (games, CGI, VR, etc.), from modelling and animation to rendering and motion tracking.  Blender supports the export of FBX-format files, making it an ideal tool to develop 3D scenes for ultimate rendering within Unity.

In addition to the rebuild of the ship model, 3D assets were obtained from Turbosquid and the Unity Asset Store, including cannons and small arms, navigational devices and maps, barrels, lamps, nets, boxes, cradles, spinning wheels, chairs, bottles items of food…indeed, all manner of items relevant to representing the limited facilities onboard the Mayflower at the time of her sailing.