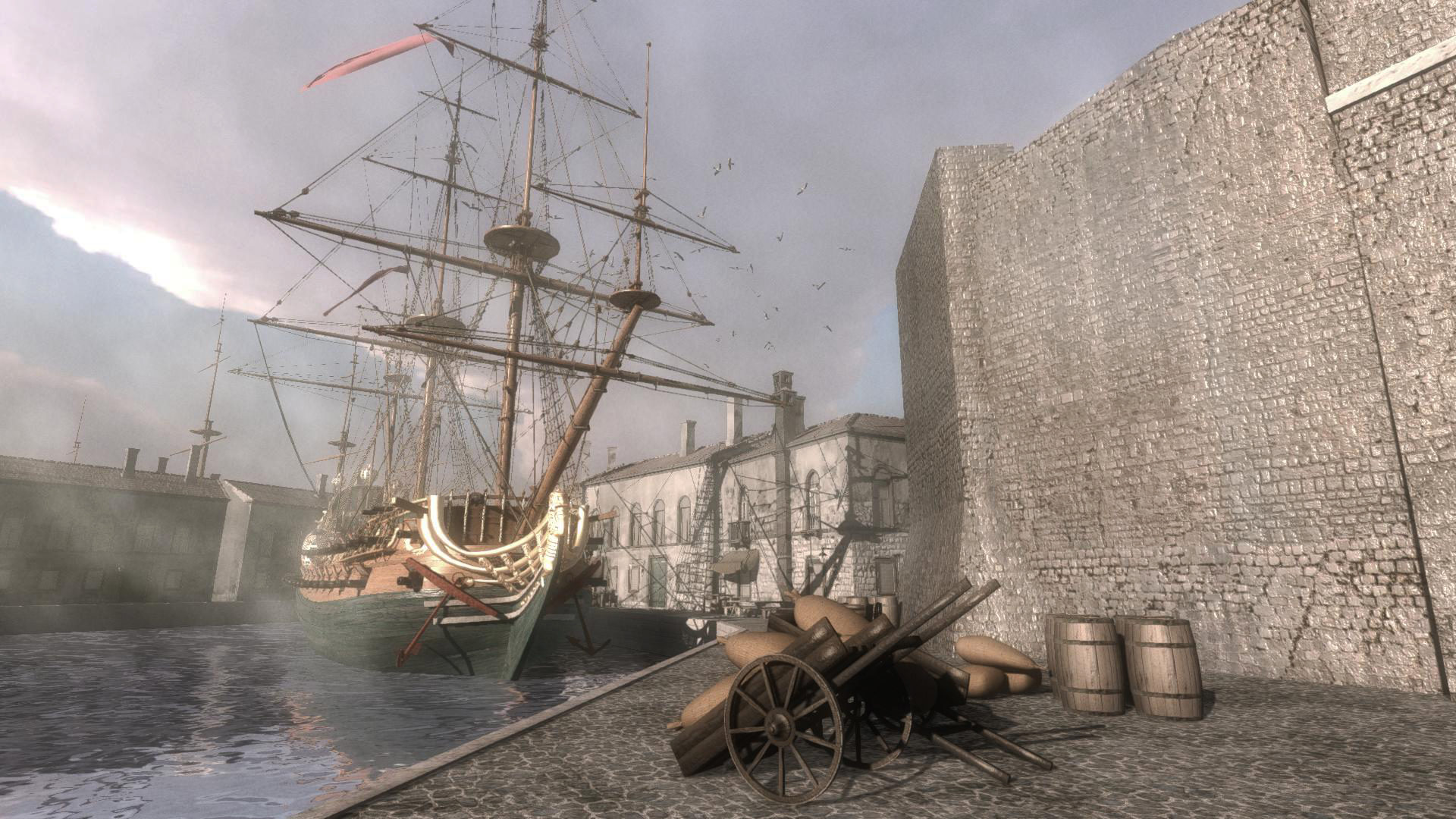 WHERE THE STORY STARTED

THIS STORY ACTUALLY STARTS IN WHITSANDS BAY, JUST TO THE WEST OF PLYMOUTH WHEN, IN 2005, WE FIRST USED VIRTUAL REALITY (VR) TECHNIQUES TO DEVELOP AN EDUCATIONAL SIMULATION BASED ON THE EX-ROYAL NAVY LEANDER CLASS FRIGATE, HMS, SCYLLA, A VESSEL DELIBERATELY SCUTTLED IN 2004 TO BECOME EUROPE’S FIRST ARTIFICIAL REEF.

Virtual Scylla was a project undertaken with the aim of showing how state-of-the-art developments in VR could deliver an environmental research and awareness tool accessible to a wide range of possible users, from marine biologists, engineers to schoolchildren and members of the general public.

We developed a 3D model of the Scylla that could be explored in real-time by ‘piloting’ a virtual remotely operated (submersible) vehicle (ROV) using a Microsoft Xbox gamepad or other interactive controller. To add context to the experience, we also constructed a geographically accurate model of the Whitsand Bay coastline, from Rame Head to Portwrinkle using digital terrain map data and aerial photography.

To provide the subsea wreck model with an educationally-relevant experience, members of our team also developed software techniques in artificial life (or alife) – the scientific study and simulation of the behaviour of biological organisms and systems – to investigate and predict how natural environments survive, reproduce, colonise and evolve and may be affected by environmental changes brought about by climate change, extreme weather events or pollution.

Throughout the project, we collaborated with the National Marine Aquarium in Plymouth (NMA) and the Marine Biological Association (MBA), and further technical support was provided by the Royal Navy’s Hydrographic, Meteorological and Oceanographic Training Group in Devonport (FOST HM).

We visited the site of the actual Scylla Reef on numerous occasions using a VideoRay remotely operated submersible. In 2009, we presented the Virtual Scylla alife and wreck ‘fly-through’ demonstrators to schoolchildren and specialist adult audiences at the NMA.

The impact of the Virtual Scylla project with members of the public, schoolchildren, NMA and MBA specialists demonstrated conclusively the power of VR to attract attention, courtesy of the fact that it was – and still is – a new and exciting technology. However, it also showed that once ‘in’ VR, the motivation for people to explore, learn and later remember, especially when the content related to historical or important sites ‘on their doorstep’ was very strong indeed.

The Virtual Scylla project was the start of a marathon of Virtual Heritage projects that is still ongoing to this very day. Just some of the maritime projects we have undertaken since the early 2000s are:

The Maria (1774). The world’s first submariner fatality was recorded when a converted sloop was deliberately sunk in Firestone Bay in Plymouth and imploded on descent.

HMS Amethyst’s Final Resting Place (1957). The scrapping, at Marrowbone Slip in Plymouth’s Sutton Harbour, of the ship that was made famous in the 1957 film The Yangste Incident starring Richard Todd.

The Wembury Docks That Never Were (1909). Plans to build the UK’s largest dock, rivalling Southampton, London and Liverpool were rejected by the House of Lords. But had they gone ahead, this attractive South Devon location would have been decimated forever.

HM Submarine A7 Wrecksite (1914). The tragic loss of an early British submarine with all onboard during torpedo attack training in Whitsand Bay prior to the start of World War I.

SS James Eagan Layne (1945). The sinking of an American Liberty Ship in Whitsand bay in March 1945 by the German submarine U-399.

The GLAUCUS (1965). The UK’s first underwater habitat, costing just £1000, deployed off Plymouth’s Breakwater and home to two divers for a week.

These projects specifically related to wreck sites and historical incidents around the coasts of Plymouth and East Cornwall. However, there was one important VR and AR project that was to provide the original motivation for the Virtual Mayflower effort, and that took place some 250 miles to the east, on Pett Level Beach near Hastings.

The Anne was a seventy-gun third rate ship of the line, built by Phineas Pett at Chatham Dockyard as part of a late-seventeenth-century restoration of King Charles II’s Royal Navy, overseen by Samuel Pepys.

Launched in 1678, the Anne was beached at Pett Level, east of Hastings, twelve years later during the Battle of Beachy Head. Under the command of John Tyrrell, the vessel was deliberately torched to prevent her from being captured by the French.

Over time, the Anne sank deeper and deeper into estuarine clay. It was not until 1974 that English Heritage first designated the wreck site of the Anne under the Protection of Wrecks Act 1973. In 1983 the vessel’s remains were purchased from the Ministry of Defence by the Nautical Museums Trust.

The remains of the 17th Century ship the Anne lay buried under the sands at Pett Level Beach, until the storms of 2013 exposed the lower structures of the ship. Following a drone survey by members of the University of Birmingham’s HIT Team, and collaborating with the Shipwreck Museum Hastings and two very talented visiting students from Arts et Métiers, ParisTech, Laval in France, Cécile Thevenin and Emilien Bonhomme, a comprehensive 3D model of the ship was developed and visualised in an historical harbour setting using VR, and on the actual beach, courtesy of Augmented Reality.

Uniquely, we also achieved a world first by using Augmented Reality techniques to visualise the ship from above via the cameras of a drone, in effect looking down through the masts of the Anne as she rested on the Pett Level sands.